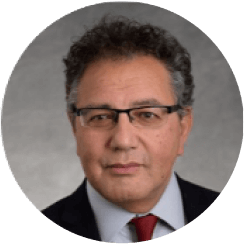 Daniel Serfaty, Aptima’s Founder and CEO, has led Aptima to become the premier Human Performance Engineering business in the world. His work optimizes the integration of humans with intelligent technologies in defense, healthcare, aerospace, and education. His keynote addresses given around the world encourage his audiences to imagine a future in which human and artificial intelligences work together in the service of humankind. He is the host of the MINDWORKSTM podcast, where he engages with thought leaders in exploring how machine learning, data science, and technology are transforming the ways humans think, learn, and work in the age of AI. Daniel holds degrees in mathematics, psychology, aerospace engineering, and international business from the Université de Paris, the Technion, Israel Institute of Technology, and University of Connecticut. His doctoral work has pioneered the study of distributed command teams. He is the recipient of the UConn Distinguished Service Award and has been inducted into its Engineering Hall of Fame. He is also the Chairman of Aptima Ventures recently overseeing the launch and spin-off of Sentinel Occupational Safety, Inc.

Safety as a Service™

Join us in our quest to personalize safety and provide an intelligent guardian for workers in dangerous industrial settings.